The Domain of Landshut

The domain encompasses the castle, park, economic building, in which the Wildlife Station Foundation [Stiftung Wildstation] is located today, orangery and side buildings, and has been maintained, essentially, in its original form. Since 1988, the domain has been in the ownership of the Landshut Castle Foundation. The castle and its grand Swiss Plateau surroundings are an ideal travel destination for families, school classes, nature lovers and hunting societies.

The park is freely accessible all year round.

Events, free aperitifs, picnics and the like are not allowed in the park.

Dogs are welcome guests. However, they may not be taken into the house / castle. Leash is compulsory on the whole area! We ask for your understanding.

The silver helmet within the red crest explains the name “Hut” (meaning both “hat” and “protection”) as it epitomizes the “Hut” a “protective hat”. 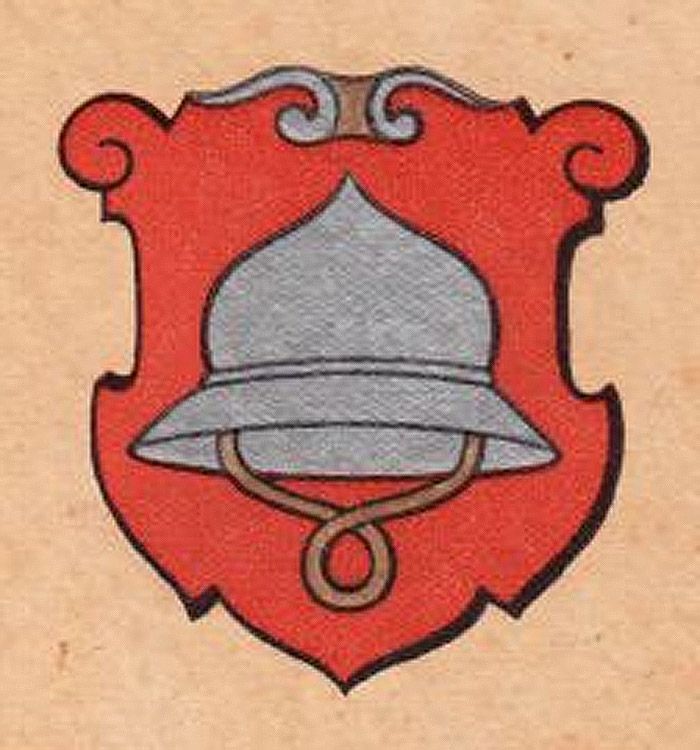 Schloss Landshut is member of:

This is what a previous private owner called the Landshut Castle in the 15th century. Being the only moated castle in the canton of Bern, even today it captures heart, eye and mind of the visitor, as he strolls through the Park along the walking trails beside the numerous streams, around the castle surrounded by the round pond, and walks over the bridges into the impressive castle court. The base design, formed by the moat and the defensive wall with tower and oriel, goes back to medieval times and served as protection from enemies and floods. The present main building, the former Bailiff’s castle, is nearly in its quadricentennial and imposes itself as a stately ruler’s mansion with an overarching stair tower. In just two hundred years, as the castle was made into a summer residence and the value of life in the open was being newly discovered, the area surrounding the garden terrace and pavilion on the water was supplemented by a Bernese owner, who planted the trees and created the gorgeous park.

In the former living quarters, tastefully furnished rooms from the 17th century can be seen, which are representative of that time. Elegantly cut wood panelling and furniture, master works of cabinetry and carpentry, a room decorated with leather and bold paintings give an impression of the life of that time period, such as an amusing painting of two revellers, who were able to relish too much lush food and drink.

The Swiss Museum of Wildlife and Hunting is housed in former grain houses. That is next to the permanent exhibition about our living animal world, with regular special presentations, which revolve around current questions about the protection of the wildlife and hunting. Unique and on league with the rest of Europe is the collection of historic hunting weapons and musical instruments, which were used in hunting.

Want to be the Lord of the Castle?

During the summer half of the year, the castle is open for six days a week and welcomes visitors to discover its charm and its treasure. The café in the castle courtyard has a special atmosphere and is an inviting place to spend some time. The cross-vaulted cellar, the beautiful garden terrace or the ballroom can be rented for small or larger private parties, drinks receptions or banquettes. A castle tour sets an especially welcome tone.

The 4.5 hectare castle park is accessible year round. The oldest trees, such as the canopy of London plane-trees over the castle courtyard, the great oak on the edge of the pond or the Nordmann firs on the north end of the park, are 200 years old. The impressive population of trees encompasses the fully grown native oaks, ash trees, linden, box trees and maples, as well as the occasional woods of foreign origin. The maidenhair tree, Ginkgo biloba, which is golden yellow in the autumn, comes from China. The weeping bald cypress, Taxodium distichum, is from the United States.

Two bridges cross over the moat to the entrance of the castle and from the park to the south terrace. The basic features of the today’s garden system and the oldest trees come from early years of the 19th century. At the time, the former Bailiff’s castle was converted into a private country residence.
Whoever would like may take a walk among majestic trees and, at the same time, have an informational botanical tour, supported by the leaflet, which is complimentary and available at no charge at the cash register.

Along with the trees, the water makes the park seem like a garden in the English countryside. The two clear streams, the Mülibach and the Ölibach, come from the groundwater sources in Emmenschachen. The controlled rising of water, stream branches and connecting channels secure the steady feeding of the ring-shaped castle pond. A three-part waterfall provides for acoustic accents. Remains of an old water distribution system in the southwest of the park are witnesses of early techniques of water use.

With very few exceptions, the principles of natural gardening apply in Landshut for ecological, technical and financial reasons. Special attention is given to the valuable old trees. In order to maintain the state of the much visited park, such purposeful periodical measures of care are taken as replacement and new planting.

A stroll through the Landshut Castle Park, at any time of year, is a great experience. Visitors interested in botany will find signs with German and botanical names as well as indications of origin on trees and large shrubs.

Your dog is also very welcome on a leash. At the parking lot and at the wildlife station there are Robidog boxes and a water bowl is available in the castle courtyard.

For a well-deserved break, you can have a picnic on the Brätliplatz, which is designed for hikers and visitors, directly behind the castle on the Emme (8 minutes' walk) Events, free aperitifs, picnics and the like are not allowed in the park (please note the information boards at the park entrances).

Landshut Castle Foundation
Schlossstrasse 17
CH-3427 Utzenstorf
Switzerland
T +41 (0)32 665 40 27
This email address is being protected from spambots. You need JavaScript enabled to view it.

Swiss Museum of Wildlife and Hunting
Schlossstrasse 17
CH-3427 Utzenstorf
Switzerland
T +41 (0)32 665 40 27
This email address is being protected from spambots. You need JavaScript enabled to view it.

Swiss Hunting Library
Schlossstrasse 17
CH-3427 Utzenstorf
Switzerland
T +41 (0)32 665 14 82
This email address is being protected from spambots. You need JavaScript enabled to view it.

Landshut Wildstation Foundation
Schlossstrasse 21
CH-3427 Utzenstorf
Switzerland
T +41 (0)32 665 38 93
This email address is being protected from spambots. You need JavaScript enabled to view it.